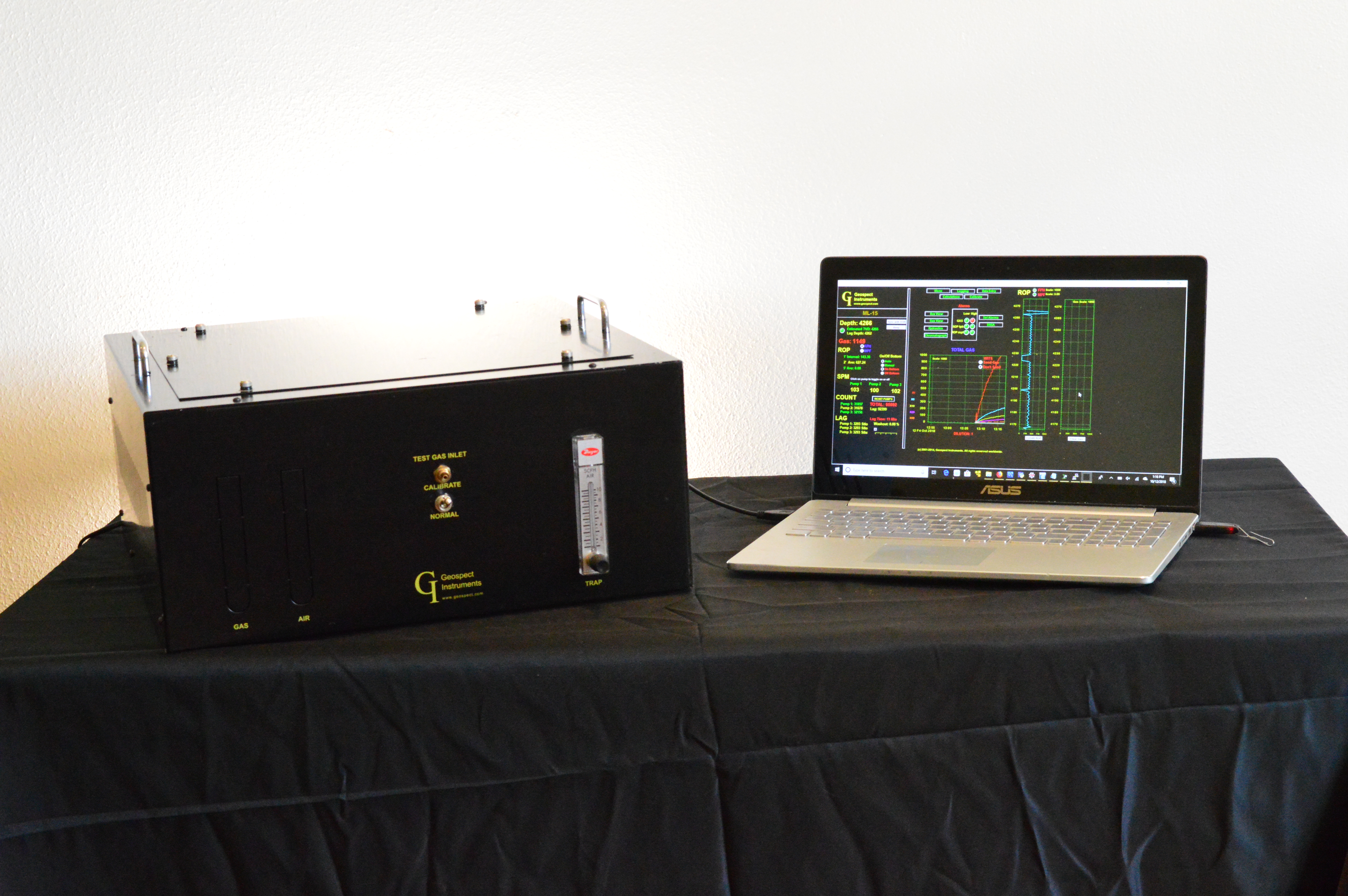 "Thanks for bringing mud logging equipment up to date!" -Geospect Customer


--More from our customers
See Our Video Demo

Geospect is a complete mudlogging instrument package. It includes everything a mudlogger needs to analyze and detect gas. Geospect comes with your choice of an infrared gas detector or hotwire gas detector. The geospect chromatograph automatically analyzes the gases that come out of the well bore. It has sensor inputs for depth, pump stroke counters, and on/off bottom status. It's powerful mudlogging software displays and analyzes data from both sensor and WITS signals. The software then saves the data in CSV format for easy transfer popular mudlog plotting software.

Geospect mud logging software is the best in the business. It receives data from both sensor inputs and WITS (Wellsite Information Transfer Specification.) Geospect then transforms that data into useful mudlogging information. It then displays mudlogging information on screen using rich, robust, graphs and charts. The software was among the first to display a Lag Depth onscreen. This allows the mudlogger to have all of the data he/she needs organized in one place. When asked a question from other rig personnel the mudlogger can respond instantly, accurately, and with confidence.

In WITS mode, Geospect communicates with other computers around the location. Geospect seamlessly receives data and transmits gas readings to the rig EDR (eg. Pason). This saves the mudlogger time because data like depth and pump strokes are transmitted to Geospect automatically. This eliminates the chore of rigging up these sensors to Geospect separately. The ability to transmit gas to other workstations around the location is becoming an important safety consideration to many oil companies.